Menu
My account
You have no items in your shopping cart.
Blog archive
Popular blog tags

Flange rigidity approaches intend to limit flange rotation in order to prevent leakage. Recently, Walther Stikvoort has published an article in which he evaluates the difference between approaches for large-diameter body flanges designed according to the often applied ASME Section VIII (US) code versus the EN 13445 (EU) and PD 5500 (UK) standards.

All approaches adopt the traditional Taylor Forge analysis which in itself lacks a flange rigidity criterion. In response to wide experience of leakage problems ASME Section VIII added a flange rigidity criterion (index J) and EN 13445 and PD 5500 both introduced a so-called k-factor. In addition the various norm calculations differ slightly with respect to the basic allowable flange and bolt stresses. 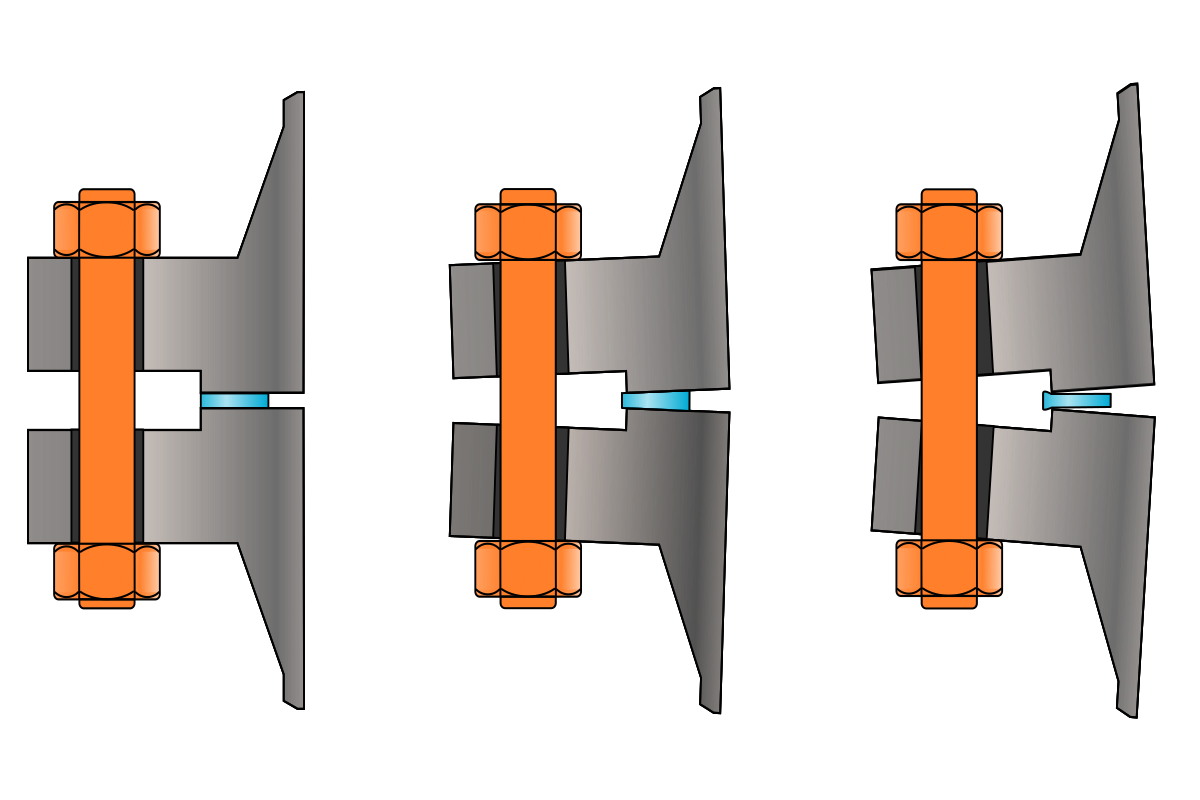 The ASME code rigidity criterion is based on a permissible flange rotation of 0.3° for flanges of the integral type and is further elaborated into a flange rigidity index J against which the flange must be verified (J ≤ 1,0).

In EN 13445 and PD 5500 a diameter dependent k-factor approach is used to take flange rigidity into account. The k-factor approach has a reducing effect on the allowable flange stresses and is meant to increase rigidity and thus limits flange rotation.

In his article Walther Stikvoort concludes that the k-factor approach excessively compensates when compared to the index J approach. This leads to a larger flange thickness and a less economical flange design. He therefore thinks the European and British standards should follow the flange rotation (rigidity) criterion according to the American ASME code.

The study by Walther Stikvoort was published in the American Journal of Engineering Research (AJER). See this link for the complete paper.